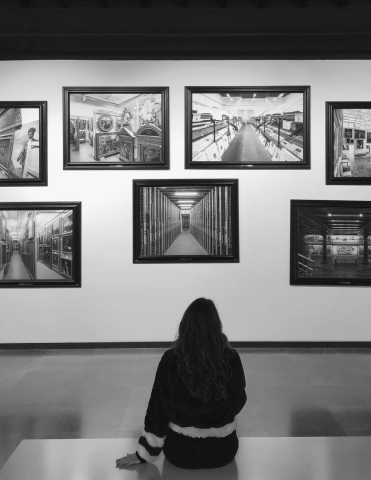 Ray is a longstanding member of the board. He has been a town councillor and also Mayor of Ballina. He is a dynamic individual who is energetically active in the local community. Ray is a keen theatre goer and is director of Ballina Riverside Theatre Company.

Sarah joined the Ballina Arts Centre Board in 2020.  Sarah is a Pharmacist by profession and holds an MBA from UCD Michael Smurfit Graduate Business School. Sarah is an active member of Riverside Theatre Group & is a passionate advocate for the Arts and the development of the Arts Centre in Ballina.

Padraig is a former town councillor and a retired businessman who continues to play an active role in numerous organisations and events in Ballina.

Mark is an independent councillor and Cathaoirleach of Ballina Municipal District Council.

Gillian is a TV producer and is director of the television production company, GMARSHTV. Established in 1997, it has has grown to become one of Irelands leading Production Companies. Based near Crossmolina in Co. Mayo, the company has built its name producing distinctive television with a rural edge. She is passionate about telling human stories and is a creative and astute communicator.

Gerry is a retired bank manager with vast experience in financial management. A keen golfer he is also treasurer of the Ballina One Act Festival

Martina  has many years involvement in the area of community arts and community development. She is an enthusiastic and devoted follower of the arts and brings a wealth of experience to the board.

Ann Marie McGing is Acting Arts Office with Mayo County Council.  She holds a Bachelor of Arts in Irish and History of Art from University College Dublin and a Post-graduate Diploma in Arts Policy & Practice from University of Galway.

Would you like to know more about Ballina Arts Center?

This website uses cookies to improve your experience while you navigate through the website. Out of these, the cookies that are categorized as necessary are stored on your browser as they are essential for the working of basic functionalities of the website. We also use third-party cookies that help us analyze and understand how you use this website. These cookies will be stored in your browser only with your consent. You also have the option to opt-out of these cookies. But opting out of some of these cookies may affect your browsing experience.
Necessary Always Enabled
Necessary cookies are absolutely essential for the website to function properly. These cookies ensure basic functionalities and security features of the website, anonymously.
Functional
Functional cookies help to perform certain functionalities like sharing the content of the website on social media platforms, collect feedbacks, and other third-party features.
Performance
Performance cookies are used to understand and analyze the key performance indexes of the website which helps in delivering a better user experience for the visitors.
Analytics
Analytical cookies are used to understand how visitors interact with the website. These cookies help provide information on metrics the number of visitors, bounce rate, traffic source, etc.
Advertisement
Advertisement cookies are used to provide visitors with relevant ads and marketing campaigns. These cookies track visitors across websites and collect information to provide customized ads.
Others
Other uncategorized cookies are those that are being analyzed and have not been classified into a category as yet.
SAVE & ACCEPT